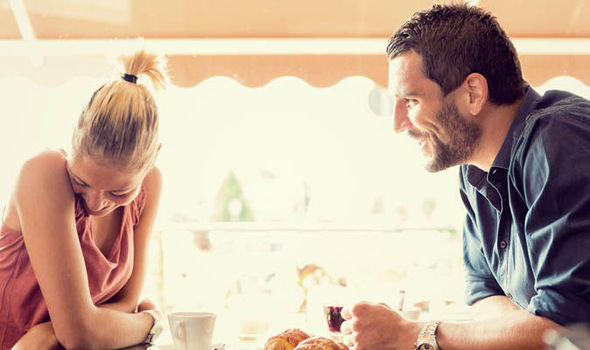 WHAT GUYS THINK ABOUT WHAT YOU ORDER ON A FIRST DATE

First impressions are always what leaves a person judging you after a first date.

whether we want to believe it or not, but a lot of thoughts are running through the guy’s head your looks, your habits that are showing, outfit style, and what you will order !!!!

This probably comes as no surprise, but ordering a salad on a first date is cliché and try-hard. Now, if you’re clearly a very skinny person, or just in California where salad is all you’re legally allowed to eat, that’s one thing. But otherwise, salads are a not as attractive chewing lettuce and vegetables, difficult to eat while holding a conversation, and all you’re conveying is that you’re someone who’s incapable of being your real self when it’s most beneficial. Giving an impression of a fake personality on a first date isn’t what you are exactly going for, unless its a one night for you, ( if so then order what you actually wanna eat).

Oops, still try-hard, just in the other direction. Since everything you read tells you to not eat anything messy on a first date, the girl who orders wings is deliberately ordering something messy to show that she’s a cool girl who’s not like other girls. Yawn. I like sticking it to The Man (and wings) as much as anything, but your performative wing-eating is annoying. Plus wings aren’t even a real meal, despite the fact that they aren’t eaten with fork and knife ( once again first impression matters) you don’t want to eat with your hands while carrying a conversation along with sauce all over your mouth and sleeves.

NO NO NO, this is a big no, if he is eating sitting there drinking only is wrong on so many levels, etiquette wrong, and un attarctive, along with not making him feel any comftrable if you sit there staring at him eating.

pasta is okay if you are actually at an Italian restaurant. But otherwise, like, what kind of adult orders chicken Alfredo at a restaurant? This isn’t your college dining hall. If you’re choosing pasta over everything else on the menu, its either he’s taken you to a low-cost restaurant or you’re showing you have a boring personality. One of those things is way more likely than the other. it is also messy no matter how hard you try not to make a mess.

Look, even if you’re not pulling some “girl’s gotta eat” ordering the most expensive thing on the menu makes you a sucker—it’s almost never worth it. That’s especially true of a first date when no non-idiot is going to take you to the most expensive place in town. Ordering the porterhouse at an otherwise laid-back place isn’t clever, it’s tacky. And not just because  he’s paying for it, you want to show the impression of you are not taking an advanatge of him, who knows this may not be your only date together afterall

A burger’s a pretty good choice, because it’s hard to find fault with them. I guess the only thing I would worry about is if it’s a place that serves those giant half pound pub-style burgers. only avoid them because if you I want to keep drinking afterward or do anything physical.

Honestly, I got nothing. They’re not overly messy or heavy and don’t say anything other than that you like things that are good. There you have it: Tacos are the perfect first date food. And if you only go out with people who are cool with eating tacos for dinner, well, that’s a pretty good way to go through life.